Young hip-hop & rap artists continue to win popular American charts. The discovery of 2017 was a talented rapper NF. Millions of people around the world were imbued not only with the life story but also with the meaning inherent in the rapper’s lyrics. The new album of the rap artist “Perception” instantly took a leading position in the Billboard 200 hit parade.

The future musician was born on March 30, 1991, in the small town of Gladwin, Michigan. Nathan’s childhood was hard. My parents are divorced. The boy stayed to live with his mother. Soon, he had to put up with the constant bullying and beatings of his stepfather, which extended not only to him but also to his mother. It is known that even before the death of his mother, the boy was left to live with his father.

Today’s American media claim that the family constantly used illegal drugs, and the rapper’s mother died of an overdose. Nathan tries not to comment on the family drama that has happened to him. He dedicated the song “How Could You leave us” to her, in which he shares his personal story with the audience. 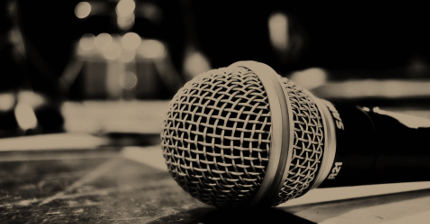 After a series of tragic events, music became his salvation. At first, Nathan just listened to hip-hop to distract himself from the endless series of problems, then began to try to compose. Together with friends, they recorded tracks on an old karaoke machine. Instrumental and vocal parts were recorded at the same time because there was only one microphone. Yes, and novice musicians just mastered the art of mastering, mixing and arranging. It was a real escape from reality to creativity. Rap became a beacon of light, illuminating his path.

In 2009, Nathan graduated from” High School ” in his hometown of Gladwin. After some time, his solo music career began. The music festival “Fine Arts Festival” in Canton (Michigan), organized jointly with the Unity Church, became a launching pad for the development of the young rapper’s creativity. The very next year, the first independent album Moments was released.

In 2012, the label “Xist” offered a collaboration, and the young rapper agreed. Then a stage name was invented, consisting of the initials NF. The producers set a deadline for Nathan to release a new album, but the artist did not have time to finish writing the songs. This was the reason for the termination of the contract.

The musician was left without a living. The lack of financial opportunities pushed him to work as a taxi driver. After a hard day’s work, Nathan would go to a concert. Complicating the job was the fact that the vehicle was an old Volvo car. The car was constantly overheating. The artist could not sell it, because he was afraid for the lives of those who would buy it. In 2014, luck again smiled on NF, and he became an artist of the label “Capital CMG”, it was then that there was a change in creativity, and the musician began to write lyrics in the style of Christian hip-hop. 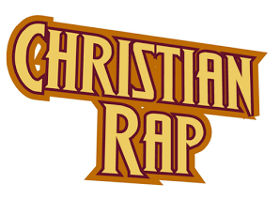 In 2009, he was on the basketball team. NF later began his career at the Connection Church Fine Arts Festival in Canton, Michigan. His track “Intro” was included in the soundtrack for the video game Madden NFL 16. He signed with Capitol Christian Music Group in 2014, before releasing a mini-album, NF.

This project was his breakthrough release on Billboard, as it peaked at # 12 on the Christian Albums Chart, # 4 on the Top Gospel Albums chart, and # 15 on the Top Rap Albums chart. He also released songs. “Paid My Dues “and” The Search ” in 2019.

How much does an NF rapper cost? His fortune is estimated at about $ 4 million. Singing is his main source of income.

He also runs his own merchandise line, in which he sells his own line of products at an affordable price that includes T-shirts, hoodies, and many other cool items.

This is a tragic song that tells the story of the artist’s mother. He is sorry that she could not overcome the addiction, that she will never be able to see all the victories of her son, and that she will not be able to be proud of him. It’s not just a song – it’s a cry of the soul. The single was released on their second studio album.

The song instantly received a response from listeners. The text has a deep meaning: everyone blames God for a failed life, but no one thanks him for what he has. Major changes within us. The author asks the question: If you believe that there is no God, then why are we here? This is the decoration of the second studio album.

3. Let you Down (I disappointed you)

indirectly, the song refers to the artist’s father, who did not believe that his son would be able to realize himself in the music industry. The dark clip demonstrates that sometimes the closest person may not notice what is happening to their relatives. Now the song is at the top of many world charts.

This site uses Akismet to reduce spam. Learn how your comment data is processed.